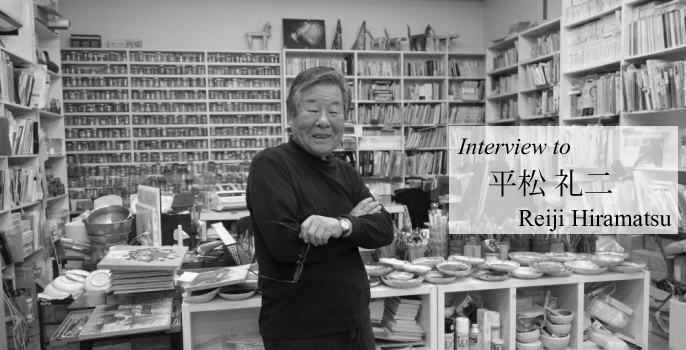 One hundred years on from the Impressionism sparked by wonder at the aesthetics of Edo Japan.

As plum trees blossom fragrantly in early February, a visit to the Kamakura studio of Reiji Hiramatsu to discuss his latest exhibition

Taking the light the Impressionists battled and bringing it into my own Nihonga, via expression in gold

Taking the light the Impressionists battled and bringing it into my own Nihonga, via expression in gold

Hiramatsu: From late last year, to one o’clock this morning, day and night, I’ve been throwing everything into producing work for this exhibition. Forgetting to sleep, neglecting grandchildren (laughs). I’ve been wearing magnifying glasses over my reading glasses to trace the tips of fine-point brushes, so am in rather a daze right now—doing all that gold was a real challenge. 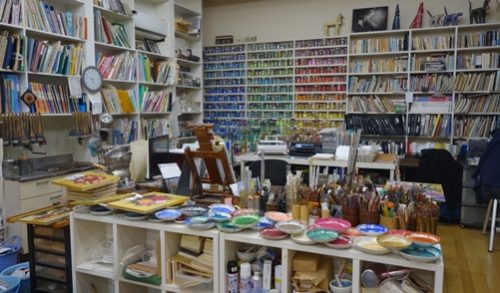 The studio of Reiji Hiramatsu

Iwaseki: On this occasion, all the works—those with a Normandy theme, and those on Japon/Edo/Tokyo—have been painted with gold backgrounds: what was the idea of that?

Hiramatsu: Ever since the shock of my encounter at the age of fifty with Monet’s water lily series at the Musée de l’Orangerie in Paris, I’ve traced the motifs of the Impressionist painters, as a modern-day Nihonga painter. If I were to render the world of the Impressionists in Nihonga, just as they were influenced by Japanese art forms such as ukiyo-e and Rinpa, elevating their style, what kind of realm would that be? This is my own personal ode back at them, so to speak.

Light especially is a dominant theme in Impressionism. Gold, meanwhile, is equipped with the decorative and stylistic aesthetics that underpin the Japanese mindset. I thought I’d try taking the light the Impressionists battled and bringing it into my own Nihonga, via expression in gold.

We use the term gold ground as shorthand, but there are actually three types:

I. Gold foil adhered to the back surface of silk

III. Coating paper with mica (to smooth out the grain), then sprinkling on gold dust

Each of these gold colorings has a different look, so hopefully viewers will enjoy that too. To me, gold is a symbol of eternity. Not a passing fad, but immutable. If I were to succeed in painting something to live on in people’s hearts for centuries to come, that would make me a lucky artist indeed.