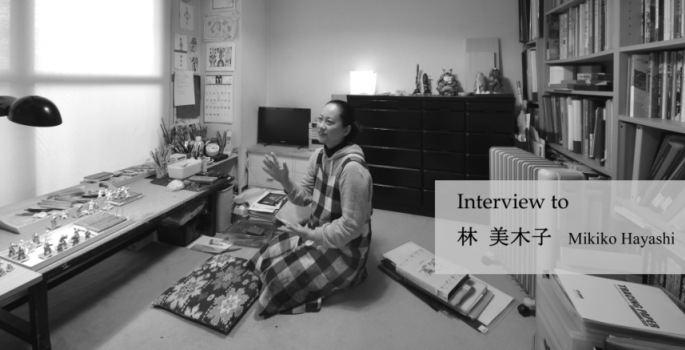 Bringing the beauty of yusoku, with which Heian princesses played in bygone days, to the modern age


“I am not an artist, but I am an artisan,” says Mikiko Hayashi. Since her late twenties she has continued faithfully reproducing yamato-e, a classical style of Japanese painting, originating in the capital Kyoto along with tanka (31-syllable Japanese poem) and kana (Japanese syllabaries) during the Heian period (794-1185).
Mikiko Hayashi, now in her forties, is a great artisan who brings the beauty of yusoku* alive for us today.
In June, for the first time in Gallery Sakuranoki, we will hold a solo exhibition of her works; recently we visited her studio in Kyoto. 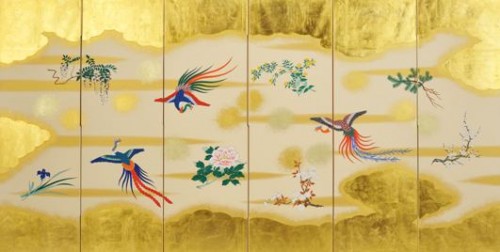 [Iwaseki] (Having seen dolls being made in her studio) Oh, amazing! So tiny! So pretty!

I also made a hat and lion mask after the doll was completed. Before I started on this kind of work, I was visiting a museum and stood in front of a folding screen of the Grand View of Kyoto; it was full of buildings and many people. Much to my surprise I actually heard their voices shouting “Wow!” I was blown away by the power of the work to talk so directly to me across the ages. Then, I decided I’d better do this kind of work, and so I started work making the kind of paintings that very few people do nowadays.

Last autumn I was interviewed by the magazine “Fudebako.” I had just finished 15 karako dancer dolls in traditional Chinese costumes. It was the first time I had ever attempted such a group, and I really thought I would never make anything like them again, and so I was unable to let them go. But now, I am preparing them all ready to display in the exhibition. 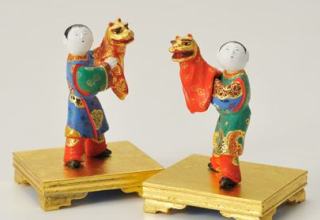 [Iwaseki] I am happy that Gallery Sakuranoki is the venue for the debut of your extraordinary dancer dolls. Moreover, you have allowed us to display the works created for your new book “Ocho no Katachi (Formality of the Imperial Court)” coauthored with Kaneki Inokuma, an experienced researcher of the Tokyo National Museum. It is the first comprehensive textbook about the art of yusoku and was published in January. We are very grateful that you gave us this wonderful opportunity.

I am pretty sure that it was serendipity. In my work, apart from a paper hanger, folding screen maker, and box maker, I do everything by myself, and for this reason, whether willing or not, my work tends to be mainly bespoke for specific clients, rather than the creation of pieces for exhibitions. However, thanks to this book, I had to meet new challenges for some pieces; so naturally I would like them to be viewed by many people. I am really looking forward to listening to the opinions of the visitors to my solo exhibition.

(Next page) The process of making her original Saga dolls is featured.