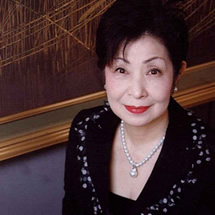 Born in July 1944 in Joetsu City, Niigata Prefecture. After completing elementary and junior high schools affiliated to Niigata University, and Niigata Prefectural Takada High School, she graduated from the School of Arts and Letters, Meiji University.

For the 12 years, during which she was the manager of a private English school, she continued to collect paintings.

In 1986, to further and share her passion for art, she founded Gallery Sakuranoki, started as an agent of Vision Nouvelle Japan, and within the year formed her own company.

In 1990, she opened a gallery on the ground floor of a building on the Koshu Highway in Hatagaya, Shibuya Ward, Tokyo, and in the same year, expanded the gallery on the eighth floor of the same building and founded the Sakuranoki Corporation. In December 1997, all sections were relocated to Ginza, and March 1998 saw the grand opening of Gallery Sakuranoki GINZA.

She has a deep appreciation of artworks and her eye and aesthetic sense have won the confidence of both artists and collectors. In 1998, she launched her original brand JEWELRY KAZ Select & Design.

After the 2003 opening of another gallery in Karuizawa, in March 1, 2005, she appointed her eldest daughter Tomoko Iwaseki, former senior managing director, as the president and CEO, and she herself took the posts of chairperson and CEO, which she has held up to the present. 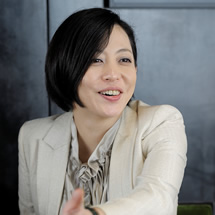 Born in February 1972. At the age of 14 or so, her mother Kazuko Iwaseki established her art business, and she started helping in the gallery.

After graduating from Hosei University, she studied in Spain.

She joined Gallery Sakuranoki Co., Ltd., and in March 2005, took the post of president.

Currently, she is the president and CEO of both Gallery Sakuranoki Co., Ltd. and the planning company Art Bond Co., Ltd.

A gallerist who is constantly seeking out new possibilities. Her hobby is collecting carpenter’s tools.

Recently she has started learning the art of the tea ceremony.