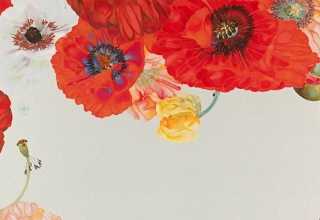 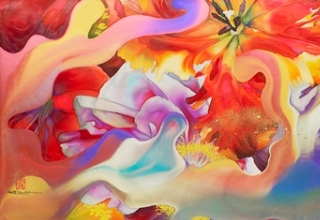 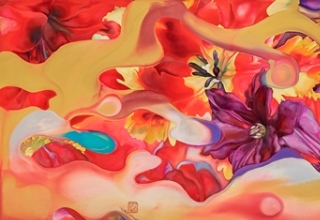 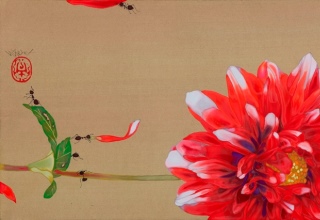 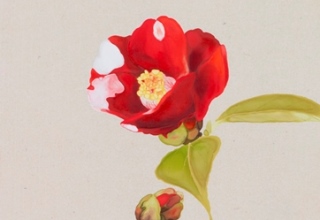 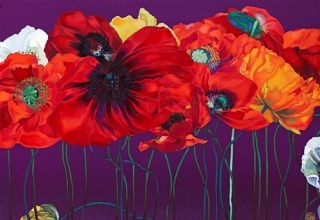 Iwata lives in Tokyo now. He has been familiar with flowers and now it is one of the motifs for his painting.

Artist's comment
With my head to toe along with fingers and spirit, I capture natural emotion alive.
Come what may, I hope I can express something honest from the tip of my brush.
The future will be different from the past as it should be. If I can draw the nature as curious as it is, then I have nothing more to say.

Gallery's comment
Iwata has the dominant presence at Japanese art scene.
Because he caught so much public attention and gives plenty of time for creation, not many works are out there and they are definitely valuable.